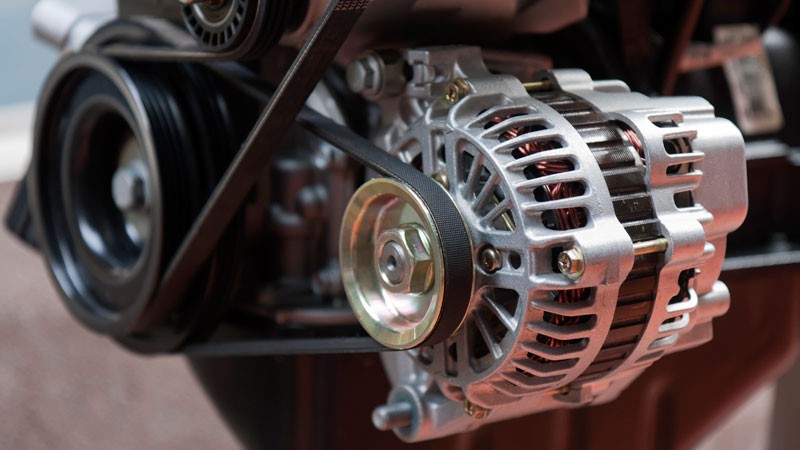 There are several pulleys in front of your vehicle. These pulleys are belt-driven components that are kept in working condition by the mechanical force of the alternator belt (also known as the drive belt).

When these pulleys or your drive belt break, a squeaky noise is generated. Hearing a screeching or whirring noise in front of your vehicle, whether or not the belt noise goes away when the car is heated, maybe quite unpleasant and humiliating.

The most typical source of this screeching noise is a broken alternator belt. It's much worse if the alternator belt squeals after being replaced. Make an appointment with a vehicle technician by searching online for a car service in Reading to completely diagnose the problem and perform the required repairs.

In this post, we'll look at the reasons for squeaky drive belts after they've been replaced, as well as how to detect and fix the issue.

When an alternator belt is replaced, what causes it to squeal?

Your alternator belt may continue to whirl or whine even after it has been changed for a variety of reasons. Without further ado, let's look at the causes:

A hydraulic belt tensioner tensions the drive belt in some vehicles. This sort of drive belt tensioner is controlled by a tiny shock absorber that works similarly to a spring-loaded tensioner. The vehicle belt squeals when this tensioner breaks; most of the time, the noise happens while the motor is idling. A faulty or damaged Hydraulic belt tensioner produces rattling noises or leaks on the tensioner and the belt. This component has the potential to fail at any time. Most, though, last longer than others. If you hear noise after changing your alternator belt, make an appointment with a professional car garage to have your hydraulic belt tensioner examined and if required, to be replaced.

As the name implies, it works with the assistance of a powerful spring. The spring aids the engine in automatically adjusting the drive belt while it is operating. The tensioner will bounce back and forth if the spring breaks. When this happens, your drive belt will begin to slide at irregular intervals, or your car may begin to scream. This belt tensioner is widespread in today's vehicles.

You may notice that some rollers are not holding anything when you remove your fan belt. These rollers are known as tensioner bearings or idler pulleys. These are most often found in vehicles with only one big belt. There is a tiny bearing inside these bearings that ensures correct rotation. If the little bearing fails, it will make a screaming or whirring noise. It's tough to determine where the noise is coming from because numerous belt-driven pulleys make the same noise when they go bad. Obtain a stethoscope and analyse the source of the squealing noise to see if the idler pulley is causing the new alternator belt to squeak on start-up. Similar noises are produced by alternator bearing failure, steering pump failure, AC compressor bearing failure, and water pump failure. If a thorough investigation indicates that the noise is coming from your idler pulley, make an appointment with a competent technician by looking up a car garage near me on the internet.

4.     The Drive Belt or Pulleys are misaligned

Your vehicle, as you may know, has numerous pulleys connected by a drive belt. The bulk of the components in your vehicle are belt driven. The alternator belt, which connects the alternator to the engine pulley, allows the alternator to rotate in lockstep with other belt-driven components in your vehicle. Screaming drive belts that have been changed are frequently caused by misalignment of the belt or pulley. Misalignment occurs when the grooves on your belt do not line up with the grooves on your pulley. It also means the belt has shifted slightly in or out of one of the pulleys.

Because the drive belt's primary function is to transfer power from your engine pulley to other belt-driven components, if your belt breaks or you replace it with a low-quality belt that lacks the strength to carry all of the pulleys along, you'll hear a whirring or screeching noise. If you hear a screeching noise after changing your alternator belt, it's most likely because the replacement belt is too tight, too loose, or one of the other problems stated.

What Is the Most Effective Alternator Belt Repair?

Pay special attention to your engine fan before you begin. It has the potential to tear your fingers off if you are not careful. The fan in some cars begins spinning as soon as the engine is started, whereas in others it does not. In any event, avoid using this gadget. You'll need an appropriate tools box handy because certain automobiles' belt tensioners require a specific tool to pull.

Step 1: Analyse the cause of the squeaking when your engine is turned off. The fan belt is raised by the depressor to see if it is too loose or too tight. The pulley may be unable to deliver sufficient pressure to the belt if it is worn out, resulting in a squeak.

Step 2: Spray your engine with WD40 while it's running and shrieking to see if the noise goes away. Ensure that the fluid is sprayed into the grooves of the pulleys. If the noise continues, a defective pulley or tensioner may be to blame. You have a faulty belt or pulley misalignment if it comes to a standstill.

Step 3: Make sure the belt tensioner and pulleys are running straight. Examine each pulley individually to see how they are rolling. A work light may be required to check the down pulleys.

Step 4: Examine the drive belt when the engine is idling to determine if it is moving straight or side to side.

Step 5: Turn off your engine and remove the belt if you still can't figure out where the noise is originating from after completing the previous steps. You'll need high-quality mechanical tools depending on the sort of vehicle you're working on. Check to determine whether the belt has any marks on it. A belt with few marks isn't always a negative thing. However, if the belt has a lot of marks, it is worn out and has to be replaced.

Step 6: Play the pulleys back and forth to locate any faulty pulleys. Whether in good or bad condition, certain pulleys will always play somewhat. The power steering pump pulley, for example, will constantly turn whether it is in good condition or not. However, you'll be able to tell when it goes bad by how it plays. Whatever is causing the screeching should be replaced or repaired.

When the alternator belt is too loose, what happens?

What can I do to make my aux belt stop squealing?

Auxiliary belts are interchangeable with drive belts, alternator belts and fan belts. The easiest approach to stop a screeching aux belt is to identify and correct the source of the noise. Belt misalignment, a faulty belt, or poor pulleys can all produce a squealing aux bet. Simply determine the source of the noise and replace or fix it.