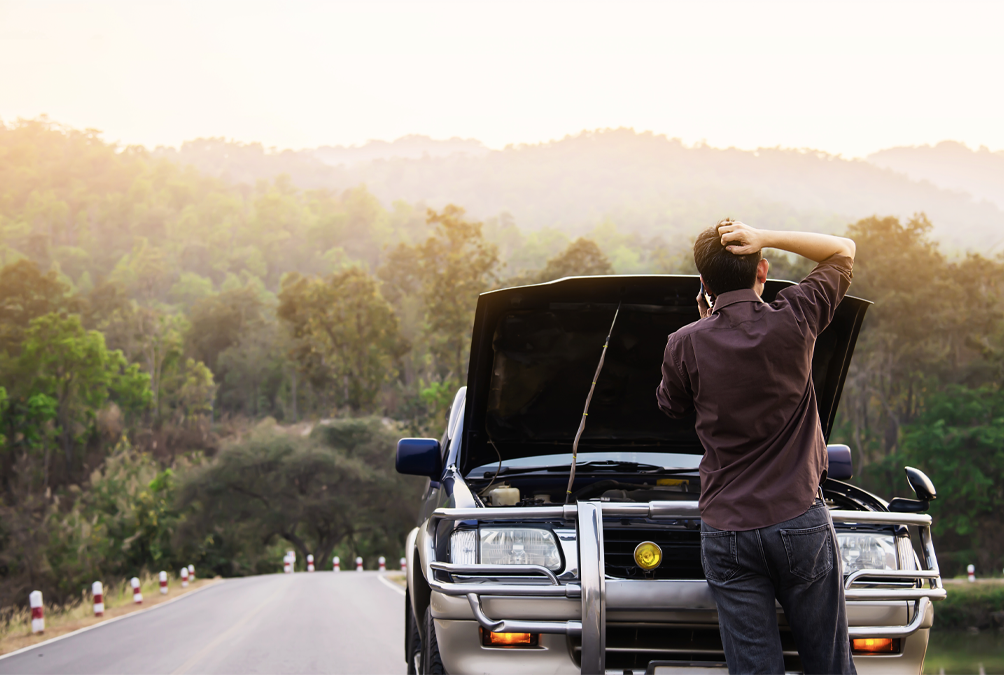 9 Reasons Why Your Car Starts But Doesn't Stay Running

“My car starts but only runs for a short time. So, what should I do?

You've probably been in a situation like this before. A car may run for a few seconds before shutting down on its own, or it may die while driving and refuse to start again.

This article will help you if your car starts and then dies after a few minutes, or even seconds. A proper diagnosis is essential for resolving this problem from the ground up. As a result, we recommend that you use the diagnostic tool that came with your car to perform a full sensor scan, complete programming, and calibration.

This could be due to a variety of component failures in the vehicle. Determining the exact cause of this failure can be difficult if you don't understand the car's systems. As a result, it is advised to look online for a car service in Reading and have a car mechanic diagnose and repair the problem.

What Are the Reasons for a Car That Starts But Doesn't Run?

As previously stated, there are numerous components to this failure. Several checks and fixes are required to determine the precise causes of the faults and how to properly deal with them:

1.     Problems with the Ignition System

The three necessary components for the car to start and run are fuel, spark, and air. The car will run smoothly and will not stop if these three elements are present in the proper proportions. If any of the three elements fails to decrease or increases slightly, the ratio changes and the car does not run smoothly. It will eventually shut down due to a bad spark or insufficient fuel support to sustain the engine and keep it running. This is why the car starts but then dies when it gets cold.

2.     Failure of the Canister Vent Valve

The canister vent valve is a component of the evaporative emission control system (EVAP). Its purpose is to transport the fuel vapours back to the canister and from the canister to the intake manifold. The fuel is then introduced into the combustion chambers and ignited by the spark plugs. This system has the benefit of reducing fuel consumption. If this system fails, the vehicle becomes unstable while idling and immediately shuts down after starting.

The TPS (throttle position sensor) is the sensor that sends the throttle position to the ECU (engine control module). The ECU uses this signal to calculate the amount of fuel to deliver to the injectors in order to maintain the proper air-fuel ratio in the mixture. When the throttle position sends the wrong signal to the ECU, the amount of fuel delivered to the injector rail is incorrect, and the car may stall on idle. You'll also notice that the car starts but won't run unless you put your foot on the accelerator pedal.

This component aids the engine in protecting itself and preventing engine temperature from influencing its performance. The ECT (Engine Coolant Temperature) sensor communicates engine temperature to the ECU, allowing the ECU to adjust the air-fuel mixture. When the ECT sensor fails, it sends inaccurate or false information about the temperature of the mixture, making it difficult for the ECU to provide the proper amount of fuel. The combustion will be incorrect, resulting in driving roughness and, in some cases, stalling. The worst part about this type of failure is that if the engine overheats, the fans do not operate at full capacity because they do not receive temperature signals. To avoid this, look for car maintenance near me online and request a trained technician to resolve this issue before total engine failure.

EGR (Exhaust Gas Recirculation) is a system that recirculates a portion of exhaust gases back into the engine to reduce combustion chamber temperature by reintroducing a small portion of exhaust gas into the intake manifold. Carbon build-up is known to clog and obstruct EGR valve passages. This keeps the valve from closing, resulting in an extra air stream inside the engine, causing stalling and instability while idle.

7.     Failure of a Catalytic Converter

A car's catalytic converter revises, corrects, and evaluates the engine's performance. It ensures the combustion process runs smoothly. The catalytic converter is typically linked to an oxygen sensor. The purpose of this sensor is to analyse the exhaust from the combustion chambers and determine the percentage of oxygen present. It adjusts the air-fuel mixture based on this information to ensure proper combustion. The combustion is perfectly balanced, neither lean nor rich. As a result, if the catalytic converter is defective or of poor quality, the sensor will not provide accurate readings, resulting in a poor air-fuel mixture. Take your vehicle to a repair garage near me and let the professionals repair or replace any faulty parts.

If your car always starts, then sputters and dies, it could be because of faulty injector pulses. As previously stated, for combustion to occur, three elements must be present in specific quantities. The spark through the spark plugs, the air entering the engine through the air ducts and passing through the air filter, and the fuel supplied into the engine via injectors are all examples. Injectors use pulses to carry out this process. When the ECU sends a signal to the injector, it magnetises the plunger and sprays fuel into the intake manifold or, in some GDI systems, directly into the cylinder. As a result, perfect combustion of this unsmooth running is prevented if these injectors fail to provide the correct pulses, provide pulses at the incorrect timing, or have a defect such as over bleeding fuel.

CMP (Camshaft Position) or CKP (Crankshaft Position) - It's also referred to as the Camshaft Position Sensor or the Crankshaft Position Sensor. Your car will never run properly if it has a faulty camshaft position sensor or crankshaft position sensor. The sensors' job is to define the crankshaft and camshaft timing and location. They also specify how many valves must be opened to supply the air and fuel mixture to the combustion chambers. All of this information is sent to the ECU for processing and analysis. It then determines when to light the spark and spray the appropriate amount of fuel. Based on the data, it also determines the depth of the valve opening to be adjusted.

Finally, if you are completely stumped by the problem, it is always a good idea to seek expert advice. You will save money and time, and your vehicle will be recovered quickly and easily.