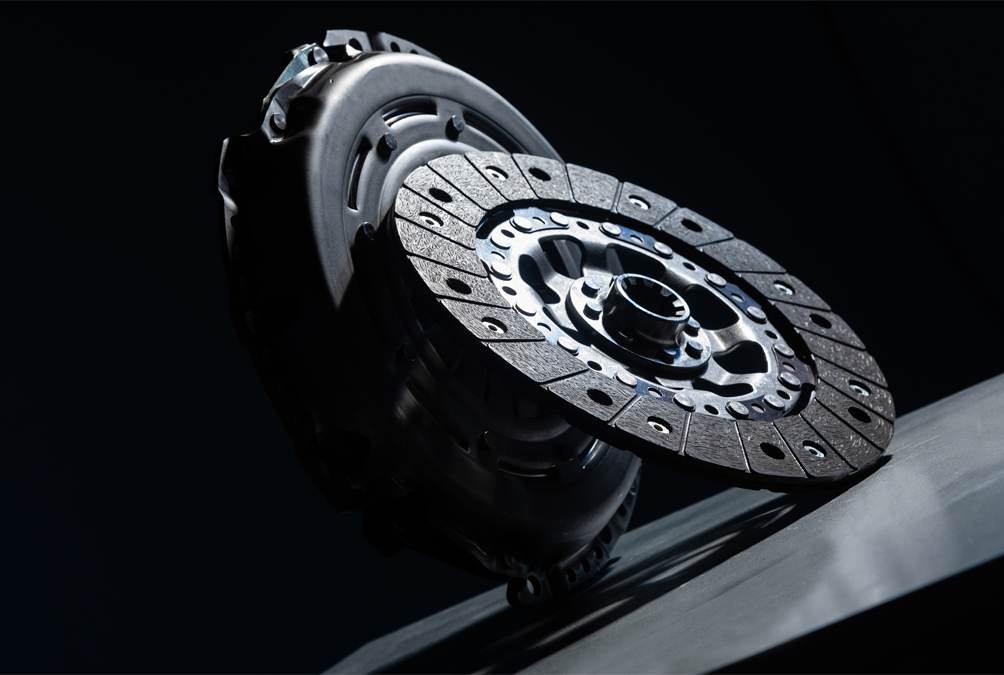 6 Most Common Symptoms of Clutch Failure You Need to Know

A good clutch should last between 50,000 and 100,000 miles. This is determined by the vehicle's make, model, and year, as well as the type of clutch and your driving habits. Stop-and-go traffic, towing heavy loads, abruptly engaging or "dumping" the clutch, and riding the clutch, in other words keeping your foot on and halfway engaged while decelerating are all factors that can cause clutch failure and will need immediate attention for clutch replacement.

If you pay attention to your vehicle, you should be able to detect clutch failure symptoms. You'll need to keep an eye out for noises, clutch pedal behaviour, and performance to figure out what's wrong and where it's coming from.

When your clutch pedal vibrates, it means the clutch disc is intermittently loosing its grip on the flywheel. If you hear a noise when you depress or release the clutch pedal, or both, when the engine is turned off, it's most likely a problem with the clutch release mechanism, also known as the "clutch fork." The clutch fork is a hydraulic or mechanical releasing device that aids in clutch engagement and disengagement. When the lubricant runs out and the mechanism wears down, you will hear noises. Squeaking or clunking can also be caused by a cable, rod, or connection scraping.

2.     Clutch Pedal Pulsates When You Accelerate

When rotating parts inside your transmission wobble or vibrate, you may feel your clutch pedal pulsate. In these cases, warped flywheels or a faulty release lever may be to blame. If the pulsation or vibration started after you serviced the transmission, it's possible that the transmission housing is misaligned with the engine.

3.     Clutch Pedal Is Still Stuck on the Floor

If your clutch pedal feels loose or spongey, look for damage to the release bearing or clutch fork. In mechanical units, we frequently find failure in the pressure-plate diaphragm spring.

5.     It's Difficult to Engage the Clutch Pedal

To fully depress and engage, every clutch requires some input or force from the drive. If you have to press down too hard to engage the clutch, you have a problem with the release mechanism. This is a stuck or binding pedal linkage, cable, cross shaft, or pivot ball in mechanical applications. In the case of hydraulic systems, this will be a blockage or worn seals. Check the cable, linkage, clutch fork, pressure plate, and throw-out bearing in mechanical systems to see if they are properly lubricated or worn out.

This is the most difficult of all the clutch failure symptoms to identify. If your car makes a grinding, whirling, or chirping sound when the transmission is in neutral but stops when you depress the clutch pedal, the noise could be caused by a worn-out input shaft bearing. It's not always clear whether the problem is due to a faulty clutch or a bad transmission, so if you start having problems, be sure to ask your car mechanic or search for a car service near me.

When shifting gears, if you hear grinding, it means the clutch disc is still engaged. When you fully depress the clutch pedal, the transmission input shaft continues to spin. Trying to shift gears while in reverse or otherwise will cause your transmission to grind because the input shaft is still spinning. This grinding could indicate a variety of issues with the pressure plate, throw-out bearing, or release mechanism. The cable on a mechanical release system could be broken, frozen, overstretched, or in need of adjustment.

Grinding in a hydraulic system may indicate a problem with the clutch master cylinder, such as low fluid, the air in the system, or an internal cylinder mechanism that needs to be replaced. Examine the clutch pedal assembly as well. The pedal may have excessive free travel and will need to be adjusted.

Clutch issues can also make it difficult to shift into or out of reverse or third gear. A stuck gear could indicate a linkage adjustment issue, a linkage malfunction, or a warped or damaged clutch plate. Failure to engage in a hydraulic system may indicate a problem with the master, slave, or both cylinders. This is usually accompanied by a change in the way the clutch pedal feels, spongy, loose, or not catching as well as it used to. You may be experiencing issues with the clutch disc or pressure plate, release lever, release bearing, shift lever assembly, or control cable on a mechanical system.

What Exactly Is A Clutch And What Are The Functions?

Before you can diagnose your clutch problems, you must first understand what a clutch is and how it works in relation to your vehicle's powertrain. A clutch is a mechanical device that engages and disengages a powertrain or transmission between several rotating shafts in a vehicle or other mechanical device.

The clutch connects the two shafts, allowing them to be locked together and spin at the same speed, or decoupled and spun at different speeds. The clutch is located between the engine and the main driveshaft in most vehicles, modulating torque and power from the engine to the wheels. Torque is simply any force exerted over a long distance. It is expressed in foot-pounds or newton meters.

Your car requires a clutch because the engine spins all the time when started but the wheels do not. To stop your car without shutting down the engine, you must disengage the wheels from the engine. You can engage your spinning engine to a sometimes-spinning transmission via the friction of the engine's flywheel and the clutch disc.

Clutch pressure plate failure symptoms can occur even when the clutch is not engaged and is recommended to seek professional help during a car service in Reading. The pressure plate is pushed against the clutch disc by the clutch springs. This presses against the flywheel and secures the engine to the transmission input shaft, causing both to spin at the same rate.

A clutch assembly consists of the following parts:

What Are The Symptoms Of A Slipping Clutch?

When car mechanics talk about your clutch slipping, they're referring to worn-out clutch friction material. Because your clutch only engages through friction, if there is no material to provide that friction, your clutch will not engage properly. If your clutch is slipping, you'll notice that when you let go of the gas pedal and accelerate, your car moves slowly while the engine revs higher. You may also notice that the clutch releases sooner than expected and with less effort. If this is the case search for a car service near me and have this issue resolved by a trained technician.